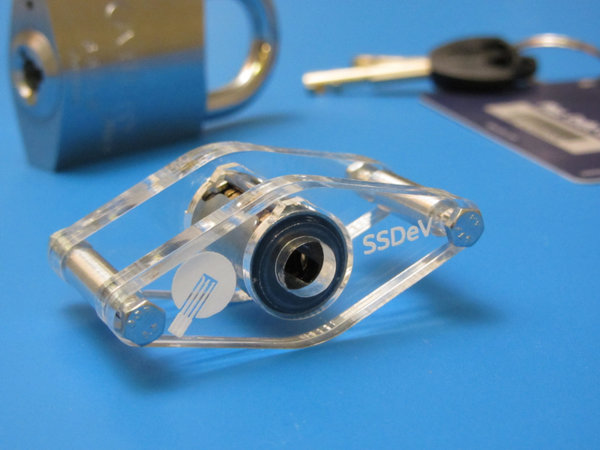 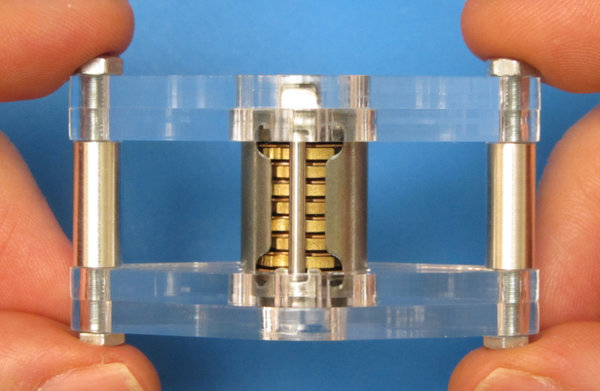 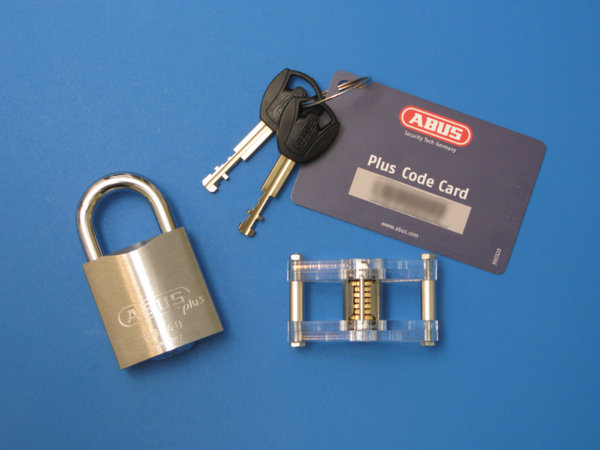 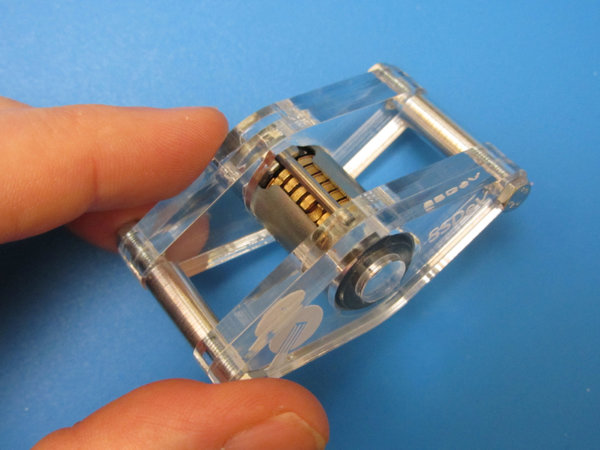 plus delivery
Not in stock
Delivery time: 1-3 day(s)

The purpose of this training lock, which has been developed by SSDeV, is to give the lockpicker the ability to open disc detainer locks without any keys.
Due to the special, open design you can instantly classify any tactile feedback you get from the lock.
As a result, it is especially useful to differentiate between these states:
- Disc is outside a gate
- Disc just slipped into a gate
- Disc is within a false gate
- Disc is within a true gate

SSDev applied the newest generation of the Abus Plus Core, which incorporates numerous safety features and hence makes it one of the best disc detainer locks on the market:
- First and last discs are butterfly discs
- Core will be rotated by a random disc
- Containing a total of 9 discs, 7 of them have two false gates

So this training lock is a much higher challenge than most cheap Chinese variants.
Advanced lockpickers can turn the lock to pick without sight and - when needed - check whether their mental model fits with the current lock state.
And the pros can re-install the core into the original lock, to train picking under real conditions.